Pull up a Pew #4 - Saints and Superheroes 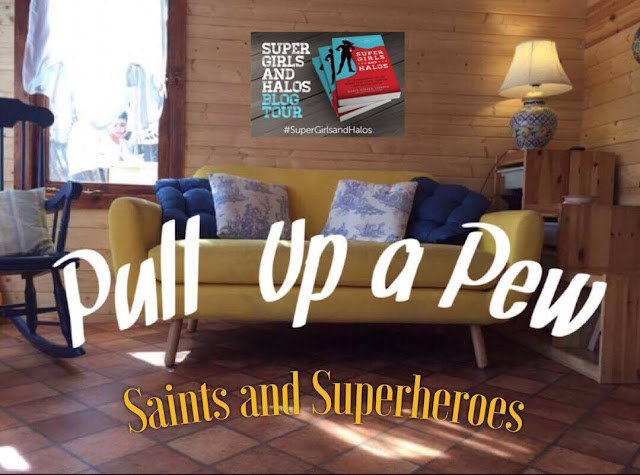 It seems that every couple of weeks a new superhero film hits the cinemas, London Buses are permanently plastered with advertisements of muscle-bound heroes and heroines, caped and masked, ready to save the world… again. For us Catholics the idea that there are beings in or from another place, dimension or time, ready and waiting to help us is not so strange – after all, the saints we know, love and pray too also have uniforms, special powers and easily recognizable symbols . I’ve often used the superhero analogy when explaining the communion of saints to confirmation candidates so I was super-excited when I came across Maria Johnson’s latest book: Supergirls and Halos a fun and thought-provoking exploration of the world of lady saints and super-heroines. I recently had a chance to interview the author about her book and her own journey towards super-sanctity!

Tell us about yourself? How do you juggle family life, faith and writing?

Now that I am retired and fully enjoying the benefits of the empty nest, I thought I’d be writing more – but that hasn’t exactly been the case. When the children were little, and even up into their high school and college years, I would set aside special time to write. But now, I find that having all that “extra” time gets filled with volunteering or enjoying spontaneous outings with my husband. I’ve gone back to a writing schedule in the very early morning. I dedicate that first hour or two of the day to prayer and writing, and that way, anything I do later in the day is a bonus! 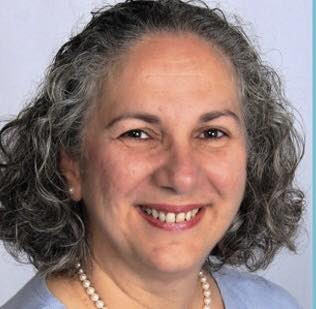 What inspired you to write this book?

The idea that the heroes in popular culture have some value for talking about virtue has been on my mind for decades. It’s only been in the last decade or so, with a reawakened faith, that I can see the value of this exercise through a faith lens. When I saw that there was a Wonder Woman movie being made, it hit me like a bolt of lightning! This is a book for our time. So many of us are seeking something…the good…which you and I understand is God. But so many people are seeking and not finding the Truth. I wanted to write a bridge for them. To speak to them where they are in the culture, and point them toward the saints, toward the Blessed Mother, who will lead us to Jesus. I start with Wonder Woman and write about Our Lady of Guadalupe in the last chapter.

Who was your favourite saint and superhero as you were growing up?

My favorite hero was definitely Lt. Uhura from Star Trek, but I can’t remember having a favorite saint. The Blessed Mother was always a presence in our home, especially under the title of Our Lady of Charity, so maybe my favorite was Mary! But really, I probably had an unfavorite saint in St. Teresa of Avila. That’s a long story, but it involved having to attend a lot of my mother’s school reunion lunches. She went to a Carmelite school and so I took it out on St. Teresa when I’d have to give up my Saturday afternoon to visit with my mom’s childhood friends. St. Teresa and I have made up and become friends since those days.

Wonder woman was the first female superhero to star in her own film. What do you think female superheroes bring to the table which is distinctive and helpful to us mere mortal ladies?

The superheroines on the big screen give us a chance to have adventures vicariously. It would be cool to fly, or control nature, or have the strength to throw a railcar across a shipyard. It’s not very useful to me on a daily basis, but it’s cool. But you know, being able to throw a train, and having the temperance or prudence not to do it…that’s meaningful. We see heroines on the big screen control their powers, or use them for good, and we can be encouraged to do the same. I don’t have much use for picking up cars, but really, I have a weapon in how I use words. Modeling that temperance, that self-control, in how I use my words is also a heroic act. I can destroy or build up. The Superheroines teach that. Wonder Woman, especially, because she’s in the culture right now, is an even greater example of how as women, we can lead with love. I’m sure we’ll see it next month in the release of The Last Jedi, where we’ll not only see Rey tackle a hero’s journey, but we’ll see a glimpse of General Organa (Princess Leia) lead with spiritual motherhood. It’s a wonderful time for girls and women to see these heroines on the screen. 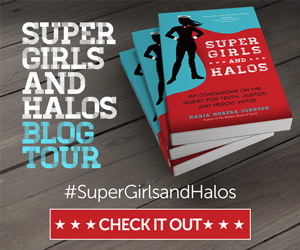 Every superhero has her nemesis or weakness, what do you think stops women from becoming saints?

In the book I describe these hindrances to our holiness as capes. Remember in The Incredibles, Edna Mode refused to add a cape to Mr. Incredible’s suit? She said capes got in the way of his work. We put on capes in our lives that hold us back from holiness. Sin, of course, is what I’m talking about. While we might not be able to avoid sin, we do have powerful tools in our faith utility belts. We have frequent reception of the sacraments, reconciliation and communion! We have prayer and devotions! We have the rosary!

How do you avoid the risk of trivializing the importance of the saints by comparing them with imaginary caped crusaders of various shapes and sizes?

That’s such a great question because, of course, my intent is to inspire! I start each section by talking about the heroine and identifying her human virtues and strengths. These characters exhibit a kind of heroism that is over the top, in your face. They are characters that popular culture hold up as role models. I acknowledge that they have traits that are admirable and worthy of emulating, but then I introduce the saint and discuss the same kind of virtue in the context of the cardinal virtues. I point out  the very human experience of the saint. Heroic virtue, as exhibited in the lives of saints, is presented not only as the ideal, but attainable. We are all made to be saints and are all capable of heroic virtue in our lives.


What are your hopes and dreams for this book?

I hope this book inspires women of all ages to release the capes getting in the way of leading lives of holiness. Too often we think Sainthood is unattainable, that somehow the Saints have some extra ingredient that makes them Super-Holy. That extra ingredient is Grace, and it is freely given to us, not earned. We all have the makings of sainthood. I hope this book shows the way to real heroic virtue. And I hope it entertains, inspires, and brings out the saint in each of us.

Email ThisBlogThis!Share to TwitterShare to FacebookShare to Pinterest
Labels: Faith, Pull Up a Pew