Let's All Dance for Life

It was September 2015 when my super active pro-life eldest son, Ettore shared a link to our Facebook about a very appealing event.

I had always heard stories told by my parents in law of the beautiful dinner dances organised by the Italian community in London once upon a time... wonderful dresses, incredible food and amazing music, and the even more extravagant stories told by one of my sisters in law who constantly attends posh dinners, banquets and balls.

I loved listening to the tales of these wonderful parties but felt maybe they weren't for us. I still dreamt of one day attending a ball, where long dresses would float around the room, and gentlemen would look dashing in their tuxedoes and where live music would fill the air.

I didn't have to wait long for my dream to come true... that link my eldest son had sent me directed me to an event organised by the Good Counsel Network ... not just a dance for the sake of it but .... A PRO LIFE CHARITY BALL!!!

Full of enthusiasm I phoned Pierpaolo who obviously had to tell me to calm down,  I then phoned my sister telling her she had no choice but to come, did the same with my sister in law who attends the many wonderful parties... got a few other members of the family excited and within minutes filled a table... God had granted me my wish...

Yes it was a lot of money for us but the fact that it was for the greatest cause imaginable... that of helping this great organisation to offer a choice to the poor mothers who assumed abortion was their only choice, was worth every penny... even if that meant eating pasta or beans on toast for the next two months.

The day of the ball arrived and the dress was slightly too tight... and it was not because I had eaten too much in the previous days.. we were going to attend that very same pro life ball with a secret we wanted to keep for ourselves... a new life would be our chaperon and not just for the ball but, God willing for the next nine months and more... Yes! that long awaited baby number 6 was finally on the way.

The journey (may not have been by limousine, we went in Big Blue ...our very old 9 seater Caravelle)  was great fun, we all felt like a million dollars inside and we were determined we were going to dance the night away and enjoy ourselves as we always do when we are together.

The venue was very elegant, the food delicate, the wine abundant, the waiters polite and the company superb. The time for the speeches arrived and one of the many mothers who had  received the GCN support, spoke with strength and firmness. She brought tears to my eyes as she stood there with her gorgeous little daughter.

As the band played the first dance the music took us and real fun began...

I will remember that night dearly!

On our way out I thanked the organizers for the wonderful evening and promised I would bring more people the following year.

The count down to the Good Counsel Network Pro-Life Ball 2016 began as we stepped out from the hotel... 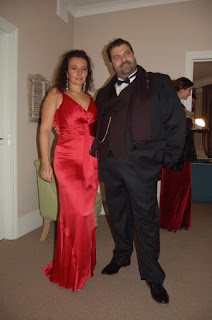 The money was even shorter for the 2016 ball... Maria Bernardette was born on 18th July 2016 and I was on unpaid maternity leave. That wasn't going to stop us either. It was for a good cause and we trusted in God's providence anyway. I found my dress on Ebay for about £20, borrowed my sister in law's bag and wore my mother's posh cape once again. A few more people joined our table... 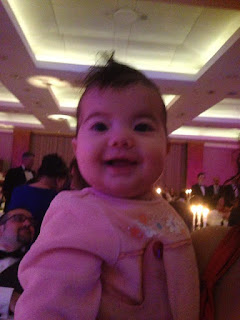 Maria had a great time too and another successful night was spent among family, old and new friends... Maria fell asleep just in time for the dance and we went home once again full of joy and looking forward to another year. 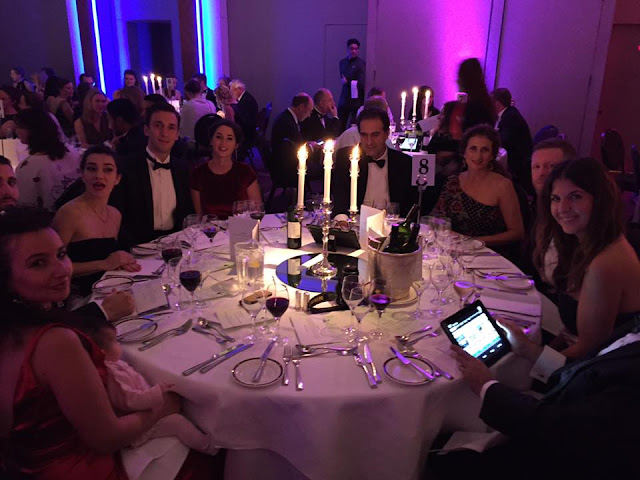 A year has already passed, the dress is ready (in fact it has been ready since June....) and the Pro-Life ball 2017 almost here.

This year unlike the previous years we won't be going in 10 or 12 but rather in 30!!! Thanks to the generosity and openness of  the many beautiful women and men who have happily accepted a simple invitation to a ball, a ball that, as it did for Cinderella, will change the life of not just a woman but of a future Mother and her child for whom we danced the night away!

If you'd like to join us it's still not too late!