Beauty Behind a Veil 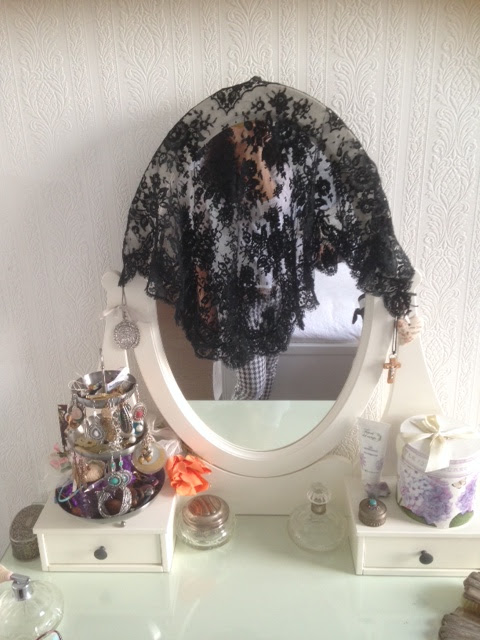 My journey towards veiling has only just started... I have read many articles, I have researched it as thoroughly as I could and come to the conclusion that it is something that can be really helpful. In my Parish I'd stick out like a sore thumb in a church where no one veils so I'm a bit 'shy' about veiling at Mass but I have recently started veiling before the Blessed Sacrament.

Why did I feel the need to do so... especially because I was brought up with a very different way of expressing my faith?

Well, I am not sure, but it was something I felt very strongly when I started visiting the Chapel. In that context I was drawn to it!  I discovered within me a need for intimacy with Christ that I felt I hadn't fully experienced before. Consequently I needed to do something to show my total submission to Him. I entrusted my whole self to Him and with it my femininity. Veiling was the most natural answer to an inner desire. My mother had kept my Grandmother's veil from the 1960s and gave it to me when I expressed some interest. It meant a lot to me to be connected to the faith of my grandmother and those who went before us.

Please don't think I am implying everyone should or shouldn't wear a Mantilla in order to have deeper experience of Christ, or that if you are not wearing one you are being irreverent or you are not acknowledging the Real Presence. Not at all! I am only here to share with you a slice of our ( and this case mine.. Chiara) journey towards our Heavenly Home.

Where God wants me to go from here I don't yet know...I am waiting for Him to reveal it to me. In the meantime enjoy this post from a dear friend of mine who has preceded me in this journey. 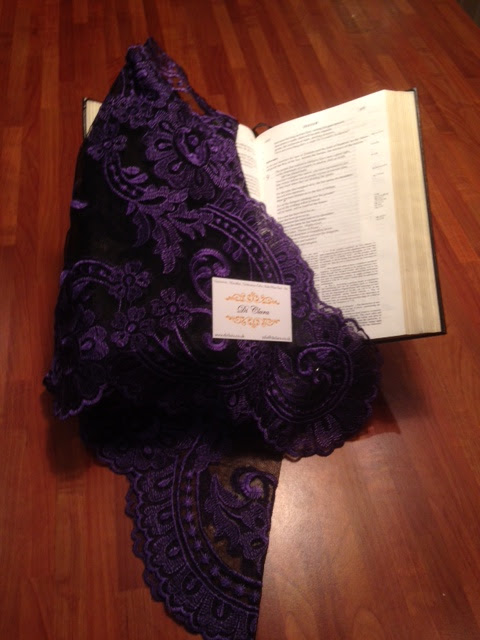 The calling to veil.

If you had asked me 5 years ago if I thought that I would be championing mantillas, I would have thought you were mad. At that time, I was hardly practicing my faith and although, as a child, I had known of a couple of women who wore veils to Mass, I didn’t know what they were or what they meant. I even saw my own mother veil a couple of times when she took me to an Old Rite Mass as a teenager but I was so puzzled by the experience of the Latin Mass (due to not being taught what anything meant, unfortunately) that I never asked.
I don’t think it’s a coincidence that the women I knew who veiled (including my mother, of course) were extremely devout and gentle women and these memories came back to me years later when, in the summer of 2012, I first contemplated the idea of wearing a veil to Mass.

In the early weeks of that summer, I had (for some strange reason, still unknown to me) decided that I would attend the Old Rite only during the 6 weeks I was to be an intern at SPUC (Society for the Protection of Unborn Children, where I now work as their Youth officer) in London. During this time, I was exposed to a large number of ladies who wore all manner of veils and none, so I had a lot of time to observe and to think about it.

I'm ashamed to say that at the very beginning of my time in London, I distinctly remember making a rude comment about veiling in the presence of a woman I knew who veiled. I thought they were fussy and unnecessary but she graciously explained to me that she found veils to be beautiful, reverent and very useful for prayer during Mass. Some 5 weeks later, it came as a surprise to me when I began to see what a lovely practice it was. I was seeing that women seemed so focused on the Mass when they veiled and that it was an act of love to cover oneself in this way. I also relished the sight of a sea of beautiful lace as I walked into Mass. These women were all stunning in their own way, but uniform before God at the same time.

On pilgrimage to Walsingham with the Latin Mass Society, one lady answered my questions about veiling and explained to me that a woman’s hair is her glory, which is why we humble ourselves when we cover it in the presence of God. Back in the day, all the men would have taken their hats off and all the women would have covered their heads, each acknowledging that they were in the presence of their Creator. It gave me joy knowing that this practice was being resurrected in churches across the world.

A couple of months later, a friend sent me this article, which is what finally convinced me: https://www.fisheaters.com/theveil.html . From then on, I wanted to start as soon as possible. As soon as I did, although I was petrified of being stared at and mocked as I hid at the back of the church, it helped me to differentiate between the outside world and God’s house and also helped me to concentrate during the Mass. The fact is that it changed my whole experience of Mass.

It has now been 4 years since I started veiling and I love it more and more. If I forget my veil, I feel miserable about it.

For a long time, I felt very self-concious about veiling but each time I did it, it got a little easier and I reminded myself that I veil for God, to honour Him, to humble myself in His presence. This still comforts me and now I wouldn’t give up veiling for anything or anyone.


Whether you veil or are on this journey like I am, here is your chance to win a beautiful black and purple mantilla by Di Clara, perfect for Advent and Lent. To enter the draw, leave a comment, tell us your experience, share your thoughts with us . (Prize Draw on the 10th of December 2016)
Visit the website below to see Di Clara's full collection. 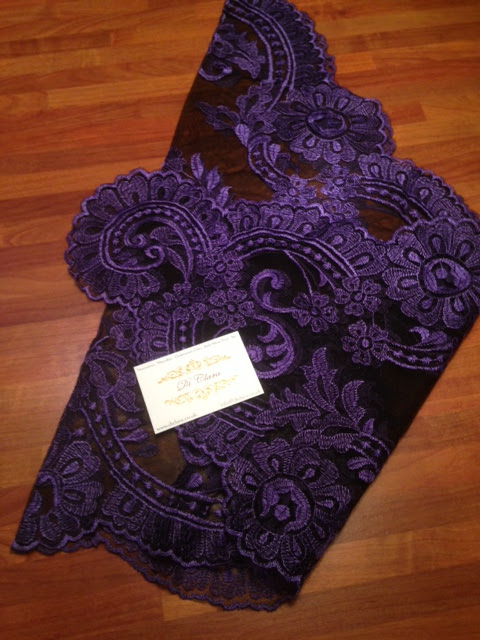 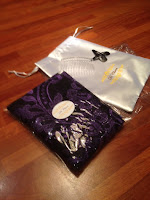 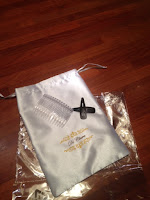 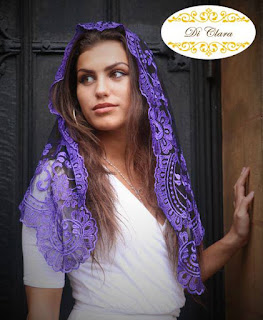 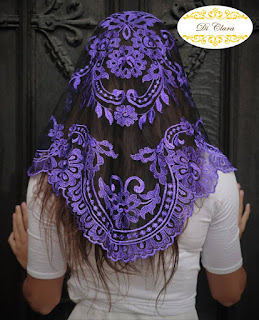 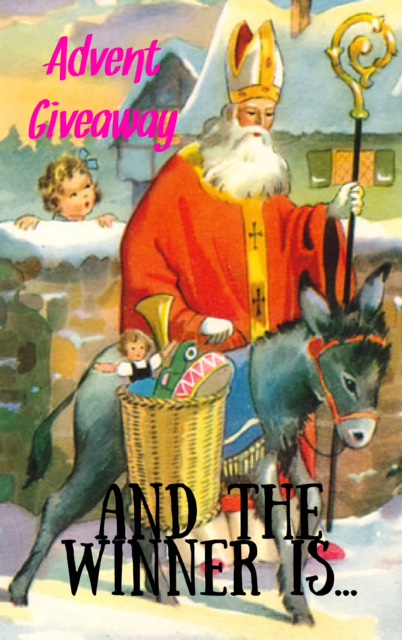