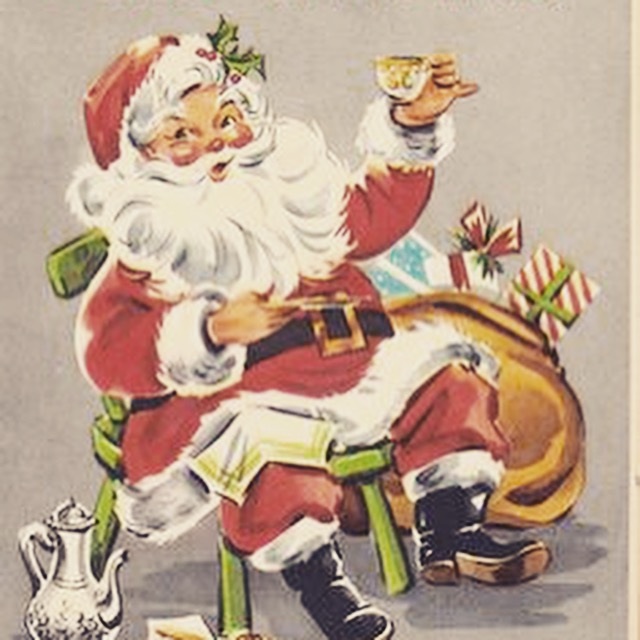 Every year the same question arises: Should we as Catholics, let our children be driven by the magic of Father Christmas or not? By allowing this are we taking away the REAL reason for the season?

One thing that never ceases to amaze me about children is the vividness of their imagination, their ability to dream. The many adventures they experience every day are amazing. One moment they are princesses locked up in towers or brave knights fighting against fierce dragons, a moment later they are superheroes, teachers, mothers, fathers, animals... role play is an essential part of their development and for them magic is to be found behind every door.

I don't remember ever questioning whether we were going to allow our children to believe in Fr Christmas or to dismiss his existence. As the children grew up, Santa gradually become part of the magic of our Christmas. Not at the centre of it, never replacing the real beauty of this incredibly important liturgical moment but simply another way to enhance it.

It's easy to see the appeal of Father Christmas, an old man who spends his entire life preparing for this one BIG night, the night of our Saviour's birth...What is bad about that? Santa, Saint Nicholas...a man all dressed in red with a beautiful fluffy white beard, big eyes and obviously little round glasses on his red nose, a big cuddly tummy, a warm laugh and a kindly gaze (I myself still love dreaming about this old chap being real... I guess I haven't fully grown up yet).

Ettore (our eldest) always saw a natural connection between Father Christmas and Jesus in that Santa was obviously working for the Royal Baby and He, our Saviour, wanted us to receive presents (on His behalf), to celebrate His arrival among us.  In Ettore's head, Santa was Jesus's employee. Well... that was such a lovely way to think about it that to spoil it didn't seem quite right! And moreover I couldn't find anything morally wrong behind this belief.

Father Christmas is a harmless fiction that belongs to that wonderful age before reason, after age 7 or 8 children discover that pretence very quickly and then they have fun playing along so as not to spoil the magic for the young ones.

Through the personification of Santa, children soon discover a sense of awe,  affection for someone familiar to them ...yet not part of their close family. They experience generosity, kindness and gratuitous love, from someone greater behind it all.

One of the objections that's often raised is that if children discover Santa Claus is a parentally supported fiction, will they not think the same about God? I can't say that I see the similarity, children are well able to distinguish between fact and fiction. A hobbit isn't real but it doesn't mean that God isn't real? The two things are of a different order entirely.


It is very interesting that children tend to stop believing Father Christmas around the time of their First Holy Communion (at least in our experience), when they move from a more imaginative relationship with God to something more concrete.

The birth of Jesus is such a miraculous event that children are not too surprised that it should be surrounded by amazing characters... the Star, the Angels, the Three Wise Men ... and why not even this kind man at the service of the King who brings joy and presents.

Eventually the 'extraneous characters' of the story fall away and what is left is the incarnation in its even fuller glory.

As usual G K Chesterton, a man who delighted in seeing the world through children's eyes gets to the heart of the matter:

What has happened to me has been the very reverse of what appears to be the experience of most of my friends. Instead of dwindling to a point, Santa Claus has grown larger and larger in my life until he fills almost the whole of it. It happened in this way.

As a child I was faced with a phenomenon requiring explanation.  I hung up at the end of my bed an empty stocking, which in the morning became a full stocking.  I had done nothing to produce the things that filled it.  I had not worked for them, or made them or helped to make them.  I had not even been good – far from it.
And the explanation was that a certain being whom people called Santa Claus was benevolently disposed toward me. . . .  What we believed was that a certain benevolent agency did give us those toys for nothing. And, as I say, I believe it still.  I have merely extended the idea.
Then I only wondered who put the toys in the stocking; now I wonder who put the stocking by the bed, and the bed in the room, and the room in the house, and the house on the planet, and the great planet in the void.
Once I only thanked Santa Claus for a few dollars and crackers. Now, I thank him for stars and street faces, and wine and the great sea. Once I thought it delightful and astonishing to find a present so big that it only went halfway into the stocking.  Now I am delighted and astonished every morning to find a present so big that it takes two stockings to hold it, and then leaves a great deal outside; it is the large and preposterous present of myself, as to the origin of which I can offer no suggestion except that Santa Claus gave it to me in a fit of peculiarly fantastic goodwill.
G.K. Chesterton 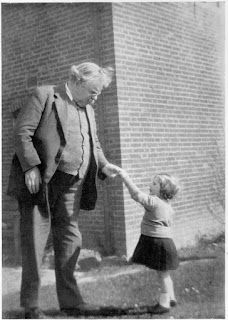