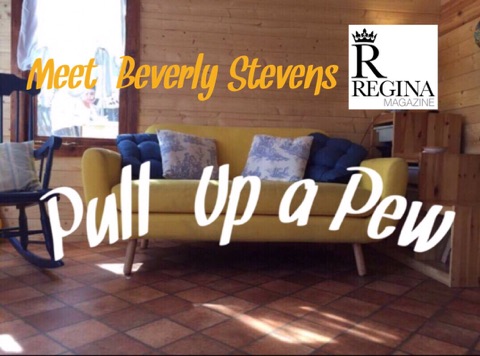 Anyone who's been inhabiting the Catholic internet in the last few years will not have failed to notice the arrival of an innovative and unique new media presence in the shape of Regina Magazine. Fascinating articles and stories interspersed with beautiful photography and a combative style in the comments section blend to make Beverly Stevens's brainchild one of the most distinctive and attractive new Catholic media outlets. I had the honour of interviewing this inspiring Catholic wife, mother and magazine editor on my virtual yellow sofa to find out more... 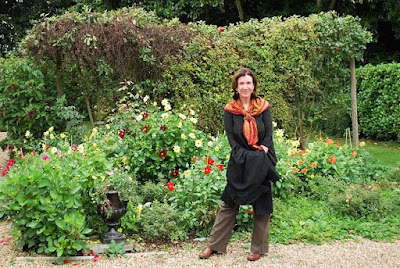 Tell us a bit about yourself? What is your Catholic background?
I was brought up Catholic, in an Italian immigrant family in New York. I had great Dominican teachers, up until their Community imploded in the wake of Vatican II. Then, like most young Catholics, I dropped the Church. After learning the lessons that living in the world without the Faith teaches one, I returned. Just in time to accidentally stumble over a beautiful indult Latin Mass in the Connecticut suburb where I lived. I was blessed to be able to raise my kids in the Faith.

What inspired you to create Regina Magazine?
I was teaching Finance on an MBA program on an RAF base in England, and the idea of creating a Magazine wouldn't leave me. I think it was Our Lady. I finally gave in, though I didn't tell my husband for a good three months. We became a 501C3 organization in 2016, so now we can accept tax-deductible donations from US taxpayers.

What would you say is unique about Regina?
If you're talking about the Magazine, people tell us it's the stunning visuals. I also think it's the intelligent, non-specialist writing. For example, we show ordinary Catholics that it's possible to have beautiful, deep liturgy without getting into the weeds in the partisan liturgical wars. And beyond liturgy, REGINA shows beauty that is possible, unique to the Catholic way of life.
If you're talking about REGINA's popular Facebook Page, I think it's the policing. Social media attracts all kinds, and we are often warning and banning people who cannot behave themselves. This creates an atmosphere where normal people can feel free to comment, learn from what we post and from each other. It's pretty unique.
For both, I would say it's the international perspective. We have fans and readers from over 50 countries. 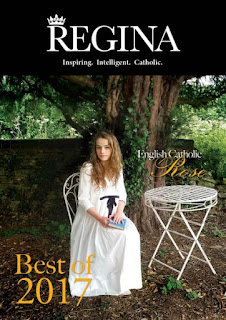 Tell us about the team behind Regina Magazine?
First, everyone is a volunteer. Second, our writers, photographers, editors, film-makers, social media support and designers have come from all over the world. Third, while some are professionals, most are amateurs who simply love the Faith and want to see its beauty demonstrated.

Who is Regina Magazine aimed at?
I started out thinking I was creating a Magazine for Catholic women over 50. I now have a Magazine and a Facebook Page where the median age is 35 -- about equally male and female, and about 80% Catholic.
REGINA Trips, on the other hand, focuses exclusively on Catholics aged 21-35.

Let’s face it, Catholic media has not exactly been at the forefront of art and design for a long time, while Regina is full of beautiful images. What inspired you to put so much effort into the visual aspect of the magazine?
Well, I am Italian-American, and Italians are possibly the most visually-oriented culture in the West. Also, I lived and traveled around Europe -- old Christendom -- for seven years, until recently. It struck me that the most evocative and beautiful sites are inevitably connected with the Church and the culture she inspired around her.
In contrast, moderns are surrounded by ugliness. Almost everything built after WWII, in most of the world, is ugly. Now, this ugliness ranges from the banal and depressing all the way to the over-the-top grotesque. This especially applies to Catholic churches.
The architects of the Counter-Reformation knew what they were about. Beauty draws people. In a world such as the one we inhabit today, showing people Catholic beauty is bound to draw them to the Faith.
And the best thing is -- there are SO MANY Catholics out there creating the Good, the Beautiful and the True. All REGINA does is give them a platform. 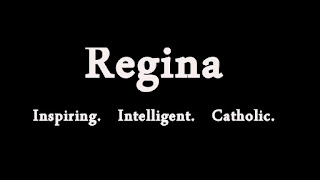 What publications, Catholic and secular have been most influential in your editorial formation?
Well, I liked the intelligent perspective of First Things and the Wall Street Journal. But too much dense type turns people off, especially online.
I also remembered how easy it was to read People and Rolling Stone back in the day, because of their interview format.
Finally, the old LIFE Magazine was a huge hit, because of the photos.
So I came up with a Catholic LIFE Magazine, chock full of images and interviews with interesting people.

While many print magazines and newspapers are floundering or moving online, you’ve taken the revolutionary step of starting a print edition of Regina magazine, what was behind that decision?
Honestly, because we were hounded into it. I got tired of the emails complaining that people wanted to hold REGINA in their hands. So after four years, we decided to take the risk.
Now, whether people will support the Magazine is still an open question. We will have to see how sales go for this edition, before taking any more steps. (The Magazine can be purchased HERE) 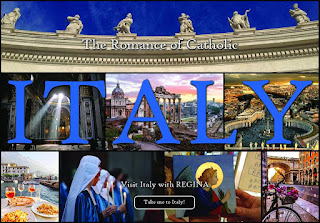 Many of the most famous and successful magazine editors have been women, what do you think the feminine genius brings to a role like yours?
I have no idea. It's just natural for me to do this. Possibly because it's creative work that doesn't require much in the way of confrontation, unlike my days on Wall Street. It gives me great satisfaction to be able to showcase what others are doing, and to spread the real Faith.