Humans, Dogs and the Beauty of Creation. 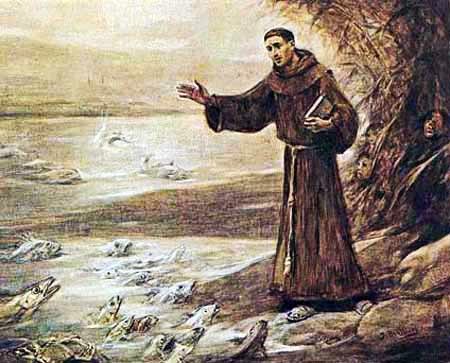 Today is the feast of St Anthony of Padua, a follower of St Francis, renowned lover of nature and animals and himself the protagonist of a number of famous miracles where animals were involved such as preaching to the fish when the humans wouldn’t listen and correcting a heretic about the Real Presence through the reverence shown by a mule to the Blessed Sacrament. Ettore, our resident animal lover and aspiring vet decided to write a post on the two things he loves most: animals and faith!

Ever since I was a small child animals have fascinated me, so as I have grown it’s been great to augment my natural fascination with what the Church teaches about our relationship with animals. 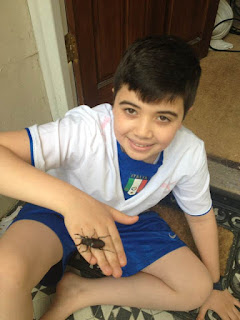 Respect for the integrity of creation
2415 The seventh commandment enjoins respect for the integrity of creation. Animals, like plants and inanimate beings, are by nature destined for the common good of past, present, and future humanity.195 Use of the mineral, vegetable, and animal resources of the universe cannot be divorced from respect for moral imperatives. Man's dominion over inanimate and other living beings granted by the Creator is not absolute; it is limited by concern for the quality of life of his neighbor, including generations to come; it requires a religious respect for the integrity of creation.196
2416 Animals are God's creatures. He surrounds them with his providential care. By their mere existence they bless him and give him glory.197 Thus men owe them kindness. We should recall the gentleness with which saints like St. Francis of Assisi or St. Philip Neri treated animals.
2417 God entrusted animals to the stewardship of those whom he created in his own image.198 Hence it is legitimate to use animals for food and clothing. They may be domesticated to help man in his work and leisure. Medical and scientific experimentation on animals is a morally acceptable practice if it remains within reasonable limits and contributes to caring for or saving human lives.
2418 It is contrary to human dignity to cause animals to suffer or die needlessly. It is likewise unworthy to spend money on them that should as a priority go to the relief of human misery. One can love animals; one should not direct to them the affection due only to persons.
Animals have always played a special part in my life and I have loved them for as long as I can remember, because of this I have also had a special devotion to St Francis of Assisi patron saint of animals, and the way that he saw animals and nature is an important example that we should all follow. St Francis of Assisi was as we should all strive to be, deeply in love with God, and as a man who smells the sweet scent of his spouse’s perfume is reminded of his love for her, so St Francis found a similar effect in contemplating God’s glorious creation. He loved nature because it reminded him of God, we too should look at nature and contemplate the benevolence of God. Nature speaks of God because of its beauty and because of God’s divine providence. Contemplation of God’s creation fills you with awe and wonder, things such as a chameleon changing colour or the beauty of a bird of paradise, an apt name for birds that are so beautiful that they speak of God. 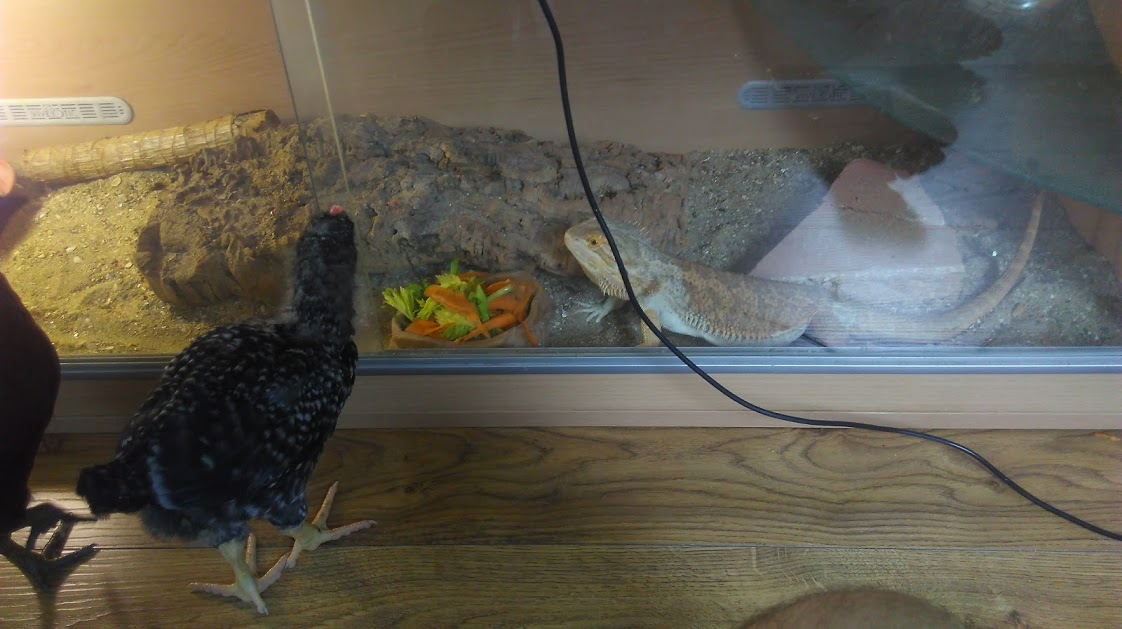 We share the same planet and as stewards of the earth had creation entrusted to us, and because of this we must always treat animals and nature with dignity, but never over and above human beings. God’s caring and providential hand has been seen through nature, and animals have even been instruments of his help for humanity. Early man would have remained nomadic and could not have settled if it were not for the domestication of the wolf, which led to us be able to herd cattle instead of moving with an uncontrollable herd. Or the superior hunting ability of dogs has kept man’s belly full from as far back as 10,000 years ago. Man flourished off the back of the superior senses of the dog and its herding ability, allowing us to domesticate cows, pigs and sheep, not to mention guarding man while he slept from the dangerous beast.
Now the dog has remained a faithful servant, a companion to the lonely, a protector of the weak and a helper to those who work. We can also learn from the dog’s loving nature. Abba Xanthias, a Desert Father said - “a dog is better than I am, for he has love and he does not judge.” words to live by.
Having said this we must not forget the fallen state of nature, the fact that it is self destructive, for one species to survive it must destroy the other, this may not have always been the plan but because of the fall, this is how things worked out, nonetheless by direction of the Church we can make the best of a bad situation. 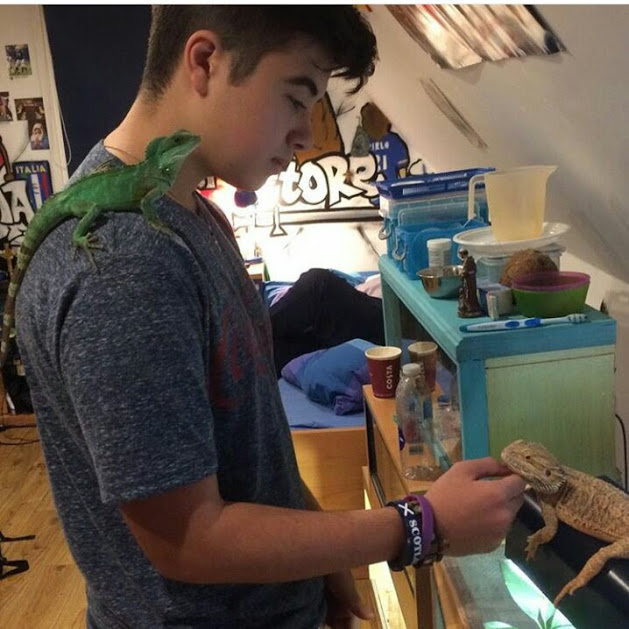 The healthy love for animals is a good and necessary thing, however fallen humanity in its disordered exaggeration of all things, like the overflow passions has also done the same with the natural love and care we feel towards animals. The care, love and energy that should be for children has often been directed towards animals, now it’s not unusual for a young couple to get a dog first and then maybe think about a child, whereas the dog ought to be for the children as an addition and enrichment for the family not the family itself. The phenomenon of ‘doggy parents’ is distorting and confusing the care we feel towards animals and the natural desire to have children. As a consequence of this unhealthy love towards animals, animals suffer and more importantly children too. Why? In my understanding of dog ’psychology’ dogs do not do well when treated as if they are humans and don’t have a natural dog role in the family, they act out and behave badly, they get confused because they are a dog and we treat them as if they were humans.
The Church is, as always right, if we stick with the natural law and the catechism even our dog will behave better, who’d have thought that the church would be one of the first animal psychologists!

“There is a healthy and an unhealthy love of animals: and the nearest definition of the difference is that the unhealthy love of animals is serious. I am quite prepared to love a rhinoceros, with reasonable precautions: he is, doubtless, a delightful father to the young rhinoceroses. But I will not promise not to laugh at a rhinoceros. . . . I will not worship an animal. That is, I will not take an animal quite seriously: and I know why. Wherever there is Animal Worship there is Human Sacrifice. That is, both symbolically and literally, a real truth of historical experience.”
— G. K. Chesterton
This is exactly what we see in our world today, animals are worshipped and unborn children are murdered simultaneously, this fact was seen when the Cecil the lion ‘controversy’ hit the headlines. At the same time another story came out that Planned Parenthood was selling baby body parts. Which do you think received the greater coverage and which of the two did more people weep for? Cecil the lion swamped the planned parenthood stories and not a tear was shed in the media for the countless children murdered and whose body parts were sold. We must return to a culture of life that loves all life but in the way God wants, this will most fulfill both animals and more importantly humans.
‘Let all creation help you to praise God. Give yourself the rest you need. When you are walking alone, listen to the sermon preached to you by the flowers, the trees, the shrubs, the sky, the sun and the whole world. Notice how they preach to you a sermon full of love, of praise of God, and how they invite you to proclaim the greatness of the one who has given them being.’


St Paul of the Cross 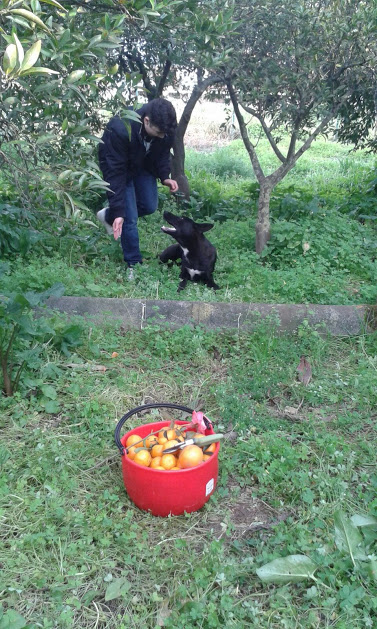