The Challenge of Catholic Parenting 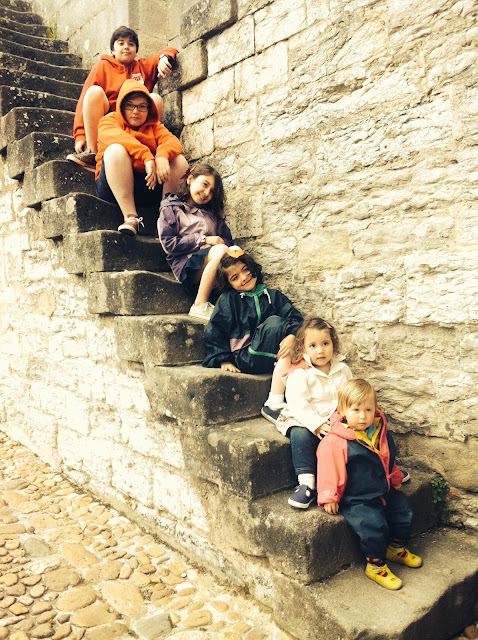 “It is Jesus that you seek when you dream of happiness; He is waiting for you when nothing else you find satisfies you; He is the beauty to which you are so attracted; it is He who provoked you with that thirst for fullness that will not let you settle for compromise; it is He who urges you to shed the masks of a false life; it is He who reads in your heart your most genuine choices, the choices that others try to stifle.

It is Jesus who stirs in you the desire to do something great with your lives, the will to follow an ideal, the refusal to allow yourselves to be ground down by mediocrity, the courage to commit yourselves humbly and patiently to improving yourselves and society, making the world more human and more fraternal.”

The other day we listened to a very interesting pod cast entitled Raising Rebels in a Pagan World  by Steve Ray that really got me thinking. The podcast is full of earthy wisdom and good advice. He addresses the fundamental task for every parent which is not to teach our children what to think but to teach them how to think. This will become more and more important in a world which is openly hostile to the Christian way of thinking.

The challenges the John Paul II generation encountered as we were growing up as were nothing compared to the greater tests that our children will have to face.

I grew up in Sicily, I went to a convent school and although my friends were not all practising Catholics they had a pretty clear if somewhat theoretical grip of what was and wasn't morally acceptable, moreover Italy was a Catholic country and Italians were very proud that the Vatican was in their Capital City.
As for Pierpaolo, he grew up in London, went to a Catholic School up to the age of 16 and although most of his friends shared the same faith, the few who did not, and society at large, respected his beliefs.

Things are very different now, not only does our society despise anything to do with Christianity but our Christian community seems increasingly confused.

The challenge for us Catholic parents of the new millennium is 'to raise rebels' not indoctrinated children who have been forced to go along with the practice of Christianity without fully understanding it, or who look at their faith as a series of rules and limitations but children who have experienced the truth and are able to recognise it and therefore choose it for themselves!

Moreover, children, that are able to think with their own heads and with their hearts in the right place, without being influenced by this society that tries hard to please everybody and is failing humanity miserably.

I like this challenge, I was always a bit of a rebel myself... (just ask my parents...). 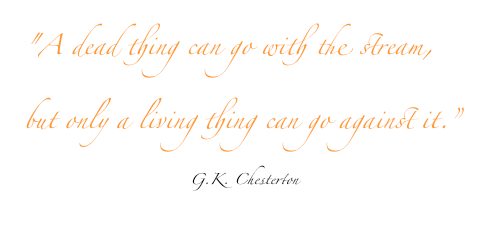 But how to succeed in this challenge? Only with the help of One that wants us to succeed... here is a message that was once for us! 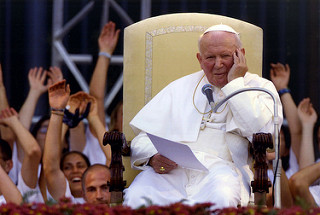 Young people of every continent, do not be afraid to be the saints of the new millennium! Be contemplative, love prayer; be coherent with your faith and generous in the service of your brothers and sisters, be active members of the Church and builders of peace. To succeed in this demanding project of life, continue to listen to His Word, draw strength from the Sacraments, especially the Eucharist and Penance. The Lord wants you to be intrepid apostles of his Gospel and builders of a new humanity. In fact, how could you say you believe in God made man without taking a firm position against all that destroys the human person and the family? If you believe that Christ has revealed the Father’s love for every person, you cannot fail to strive to contribute to the building of a new world, founded on the power of love and forgiveness, on the struggle against injustice and all physical, moral and spiritual distress, on the orientation of politics, economy, culture and technology to the service of man and his integral development.

This is the message that Saint John Paul II addressed to us during the World Youth Day in Rome in the year 2000... We were the young people then, we were the ones he called to be 'builders of the new humanity'. An old message still alive in us.

Pope Saint John Paul II, Pray for us that we may be always fit for our vocation and the work that has been entrusted to us. We are the young people you loved so much, we have responded to your love and that has brought us to the Father.

Email ThisBlogThis!Share to TwitterShare to FacebookShare to Pinterest
Labels: Children, Parenting, Passing on the Faith, Teens